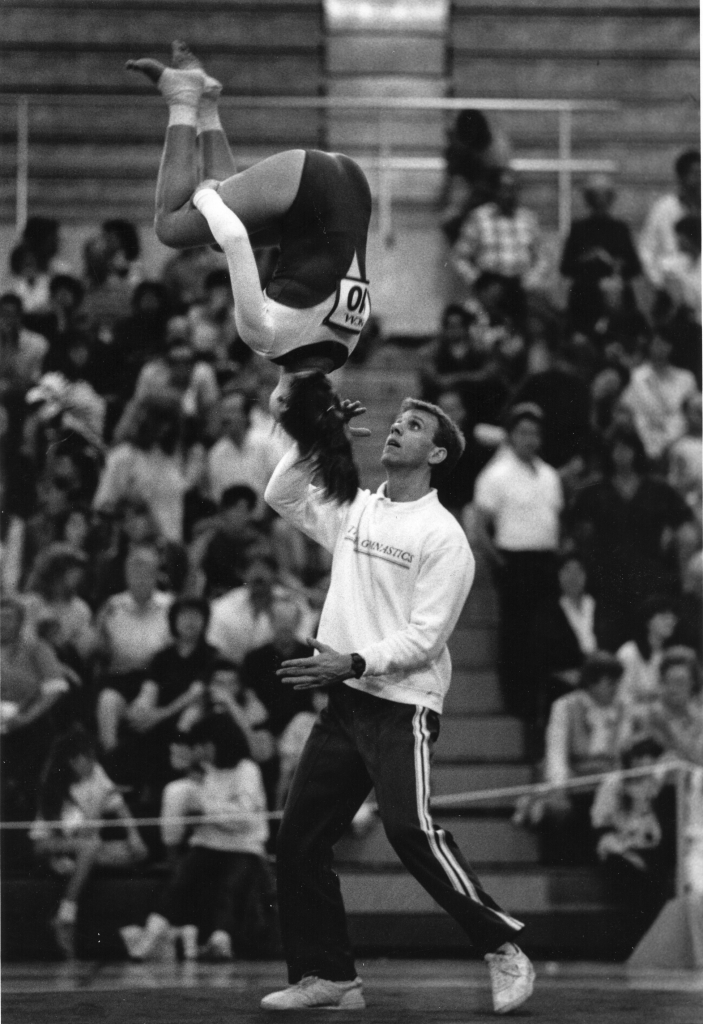 Previous to starting Coach’s Oats, Lynn was the head coach of the Cal State Fullerton women’s gymnastics team for 24 years. Coach built a program from startup to National Champions. He has always had a knack for knowing when something is made for success. But with years of coaching, Coach wasn’t your typical businessman.

He traveled to North Dakota to meet with executives of the Roman Meal Milling Co., who were interested in Coach’s new oatmeal. Hoping to make an exceptional impression, Coach had to get prepared. To help him, his father gave him his first briefcase at age 42.* Equipped with his briefcase and the support of his family, Coach headed to North Dakota.

The meeting turned out great. There was enough belief in Coach’s Oats that a vote passed. Coach’s Oats was soon to be milled at one of the nation’s finest mills, and the unique process of Coach’s Oats would be patented. The company, like the gymnastics team, was on its way to becoming its own champion…

*To this day Coach still has and cherishes that briefcase.

Naturally because of their sports enthusiasm, Lynn and Bonnie are a perfect match. Bonnie, is an acclaimed swimmer and constantly strives to become a better athlete. We would love to hear about what sports you pursue.