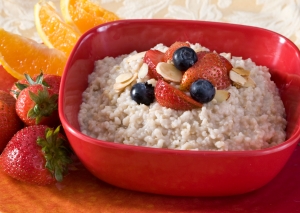 Did you know that ancient universities of Scotland had a holiday called Meal Monday, sometimes known as Oatmeal Monday? Students were allowed on the first Monday of every month to go home and collect the oats for their food (in 1896 the official holiday was made on the second Monday in February). Oats are a popular crop in Scotland because of their ability to grow well in the wet brief growing season. The holiday continued to be observed through the 20th century, but now it seems to be scarcely recognized.

Who knew? That is why I will dedicate this Monday post to Oatmeal Monday (even though it’s 2 weeks late) and enjoy a bowl of Coach’s Oats with a new appreciation!